The Week That Was – TW2 Minority Review

Adolfo Carrying On
Former Bronx BP Adolfo Carrion reportedly wants to run for NYC mayor, not comptroller, in 2013.
Looks like ex-Bronx Boro Prez Adolfo Carrion is making another political move, with CityHallNews.com saying AC is eying a potential run for city controller. We hear different, but that’s for another column.
Elected BP in 2002, he had weighed a run for controller in 2009, and put out a weak feeler last year about running for lieutenant governor with Andrew Cuomo that quickly crashed and burned.
But he’s recently been back to making the local rounds – and grousing about $2.3million just sitting in his campaign war chest.
Last month, Carrion was the keynote speaker at state Sen. Jeff Klein‘s brunch at Cafe Havana on E. Tremont Ave. in Throggs Neck honoring some Hispanic notables.
One of AC’s bigger problems, as one formerly close person put it, might be finding many loyalists for his inner political circle.
“He burned a lot of bridges with staff and friends after he left Boro Hall,” sayeth a source to the DN’s political gossipmeister Bob Kappstatter.

Worlds apart – the neighborhoods that sum up a divided America 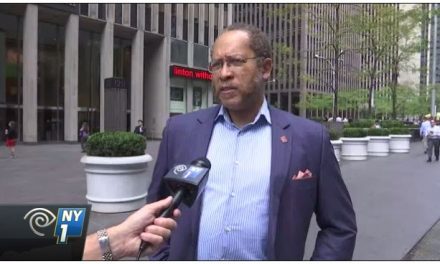