Little noticed in the reports about the Democrats selected to run as 2012 Obama delegates in congressional districts across New York was the absence of elected officials and activists who supported then-candidate Barack Obama in 2008. At that time, the Empire State Democratic establishment was with Senator Hillary Clinton. Today, establishment Democrats still controlling the political reins have seemingly dissed 2008 Obama delegates and have chosen party stalwarts, instead.

Last week, Politicker obtained and published the final New York delegate slate for President Barack Obama that will be traveling to Charlotte, North Carolina to nominate him for reelection in September. According to Politicker, “included in the list are a whole host of elected officials, including some who are seeking higher office. Manhattan Borough President Scott Stringer is believed to be running for Mayor in 2013, while Assemblyman Hakeem Jeffries [just announced his] campaign for Congress this year. And Councilwomen Inez Dickens and Melissa Mark-Viverito are both aspiring to be City Council Speaker in 2013.”

Bronx Councilwoman Helen Foster (NY-16) was the only Obama delegate from 2008 to repeat with a spot on the nominating petition in that borough. (Kudos goes to Assemblyman and County Leader Carl Heastie.) Staten Island Council Member Debi Rose and Teresa Caliari Olya (NY-13) also repeated with petition spots. Assemblyman Jeffries (who is challenging incumbent Rep. Ed Towns) and District Leader Olanike Alabi are on petitions in NY-11. Brooklyn Council Member Diana Reyna is on the ballot in NY-12. Nassau County Legislator Jon Cooper (NY-2) is another 2008 Obama supporter who made his way onto a 2012 nominating petition.

In Harlem’s 15th Congressional District, state Senator Bill Perkins, who in 2008 bucked the Harlem political establishment to support Obama, was left off the delegate nominating petition. As a result, his Democratic Club refuses to circulate petitions.

The same pattern has repeated itself in Brooklyn with City Councilman Al Vann, Assembly Member Karim Camara, and state Senators John Sampson, Kevin Parker and Eric Adams – all outspoken Obama delegates in 2008 — left off nominating petitions. In Queens, City Councilman James Sanders (NY-9) was omitted, also. Some supporters have asked why Team Obama has not intervened on behalf of the elected officials who went out on a political limb for Senator Obama last election cycle.

Assemblyman Camara feels forgotten and characterized the process as “abysmal.” Camara says that no outreach was made to him and his lack of familiarity with the political procedures placed him at a disadvantage.

Indeed, not being on the nominating petitions is a slap in the face. A petty one, if you ask me. But what would local politics be without its pettiness.

Don’t fret for the Obama stalwarts. Team Obama will tap them for pledged “party leaders and elected officials” (PLEO) delegate slots. I received a PLEO slot after not winning a delegate spot in the 2008 presidential primary. The PLEO delegate slate will be finalized at the Democratic State Committee meeting in May 2012.

Politics, as Mitt Romney recently reminded Newt Gingrich, is not beanbag. It’s for the stouthearted, party loyalists, and “he who knows the rules.”

Were the 2008 Obama treated fairly? Leave a comment below. 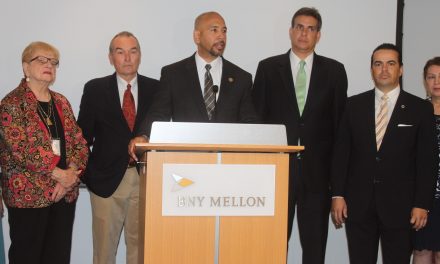 Seabrook’s ex-mistress denies paying him kickbacks — Or did she?

CUNY Forum: Economic Inequality and the Politics of Resentment