via Courtney Gross
For almost two years, Councilman Ruben Wills has had criminal charges pending in two separate cases in two different criminal courts. And for months, the cases have made little progress moving forward, as NY1’s Courtney Gross reports.
City Councilman Ruben Wills’ seat has been empty a lot lately. The indicted Queens Councilman has not been to City Hall since December, and he has not been to his court appearances, either.
Wills is on medical leave, and that illness is the latest hiccup delaying his corruption trial.
It was nearly two years ago that the Queens Councilman was charged by the state attorney general with grand larceny and filing false business records. He is accused of stealing public tax dollars from a nonprofit group he founded.
"I am not resigning on charges," Wills said in May 2014. "This is America, people. We are presumed innocent before you are proven guilty."
It did not end there for Wills. Less than a year later, the attorney general brought more charges, this time in Manhattan criminal court, claiming Wills had not disclosed income he made from a private business on his city conflict of interest form.
"We don’t even understand what the charges are in this point in time, but what I can say is, I am innocent and I look forward to my day in court," Wills said.
Both of those cases have stalled.
The attorney general’s office unusually and successfully removed Wills’ attorney from the Manhattan case last year, claiming the AG’s office wanted to call that attorney as a witness.
That so-called conflict issue has seeped into the Queens case. A judge must determine whether that attorney, Steve Zissou, can fairly serve in Queens after he was kicked off the case in Manhattan.
That decision cannot happen until Wills comes to court.
Wills’ attorney told us he has a serious medical issue with an uncertain prognosis. He could not comment any further.
Wills’ attendance record was not stellar prior to his illness. Since his original indictment in May of 2014, the councilman has missed 87 meetings or hearings at City Hall. That means he has made just 55 percent of them.
Wills has another court appearance scheduled this week. He is not expected to be there.
Michael Benjamin
http://CorruptionCrusher.com/
@SquarePegDem
www.Facebook.com/SquarePegDem
www.YouTube.com/SquarePegDem
Skype: SquarePegDem 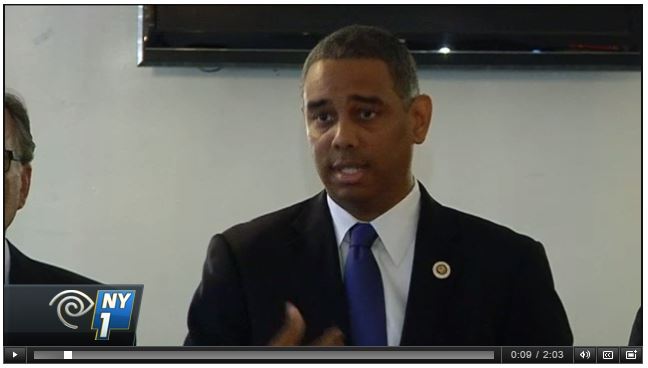 Is the Republican Primary No Longer A 'Wide-Open' Contest